Microsoft has announced that their blog offering, Live Space will be terminated and users forced to move to WordPress.com. If you are a Windows Live Space user, now is a great time to improve your blog website. Here is how to do it.

First use the official Microsoft function to move Live Space to a WordPress.com account. This will get all your posts, comments, and photos to WordPress.com. See more details on how to upgrade from Windows Live Spaces (offline http://en.support.wordpress.com/upgrading-from-windows-live-spaces/how-to-upgrade/).

You will use this as a bridge only. From WordPress.com you can easily export your blog to a more versatile format, freeing you to move your content wherever you want. To get your site to have all the features and power we offer Komotion users, simply import your site to your Komotion account. 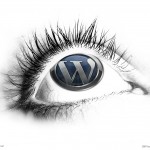